Sleep loss and sleep disorders are linked to diabetes 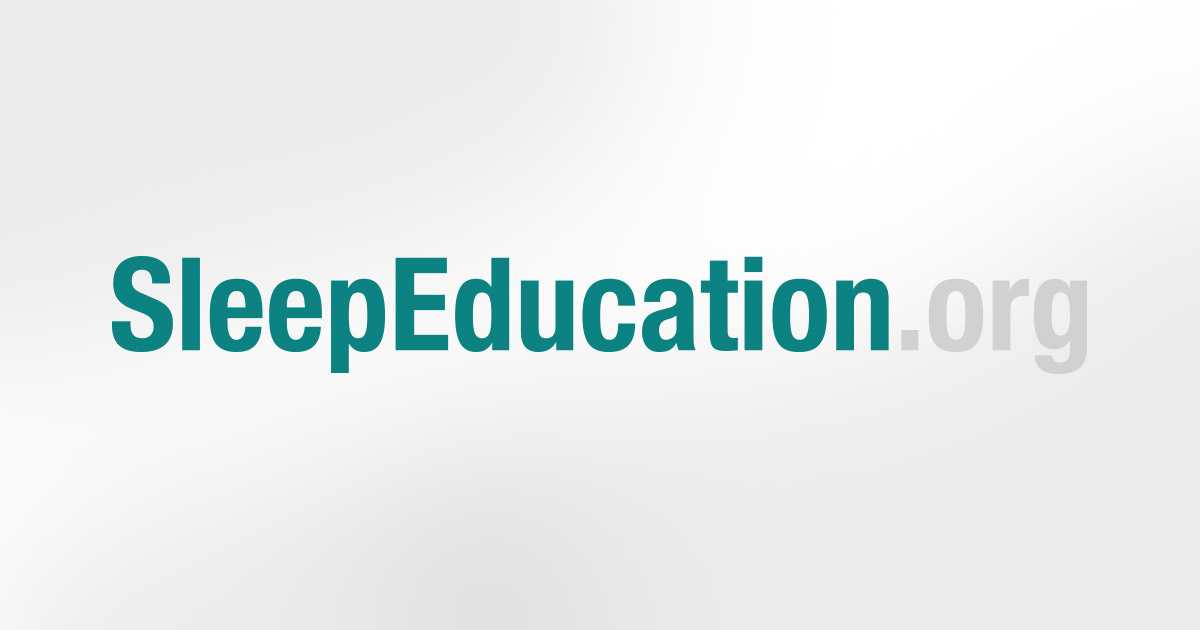 November is Diabetes Awareness Month, and sleep specialists are raising awareness of two risk factors for diabetes: sleep loss and sleep disorders. The National Institutes of Health reports that about 20.8 million people in the U.S. have diabetes. It is one of the leading causes of death and disability in the country. Diabetes also can lead to blindness, heart disease, stroke and kidney failure. Sleep plays an important role in regulating a number of body functions. These include body temperature, hormone production and appetite. A growing body of research shows that sleep also affects how the body digests food to produce energy. This process is called “metabolism.” Most food is broken down into glucose, which is also known as “blood sugar.” Insulin, a hormone produced by the pancreas, then moves glucose from the blood into the cells. There the glucose becomes a primary source of fuel for the body. Type 2 diabetes is the most common form of the disorder. It occurs when the body fails to use insulin effectively. This is known as “insulin resistance.” Then the body produces less insulin over time. As a result glucose builds up in the blood and passes out of the body through urine. This deprives the body of its main fuel source. Research shows that your risk of diabetes increases if you get less than seven hours of sleep per night. This risk is even higher if you sleep for five hours or less per night. Negative effects appear even after a brief period of sleep loss. “Restricting sleep to four hours a night for only a few days causes abnormal glucose metabolism,” said Dr. Lawrence Epstein, a spokesperson for the American Academy of Sleep Medicine. One common link between diabetes and sleep loss is the problem of obesity. The National Institutes of Health reports that about 80 percent of people with type 2 diabetes are overweight. Research shows that sleep loss greatly increases your risk of obesity. Soaring obesity rates may be one reason why diabetes is becoming more common. From 1990 to 2000 the rate of diabetes in the U.S. increased by 49 percent. Most alarming is the increase of diabetes in children, said Dr. Griffin P. Rodgers, director of the National Institute of Diabetes and Digestive and Kidney Diseases. “Once rarely seen in children, type 2 diabetes is increasingly being found in youth,” Rodgers said in a prepared statement. “This is a troubling development because complications such as heart disease are likely to appear earlier, stealing more years of healthy life.” Diabetes is often treated with medications or insulin. It also can be managed by testing blood glucose levels, exercising, eating well and sleeping well. Sleep experts recommend getting seven to eight hours of sleep each night. But people with a sleep disorder may have a hard time getting the sleep they need. Having a sleep disorder also can be a risk factor for diabetes. A high percentage of people with diabetes have obstructive sleep apnea (OSA) “Sleep disorders that disrupt sleep, such as obstructive sleep apnea, also increase the likelihood of developing diabetes,” said Epstein. “Treating the sleep disorders improves glucose metabolism and diabetes control. These studies underscore the fact that sleep is integral to good health.” OSA is a common sleep disorder that causes you to stop breathing up to hundreds of times per night. The pauses in breathing can cause both drastic changes in your oxygen levels and frequent arousals that fragment your sleep. Obesity is a common risk factor for OSA. A recent study in the journal Sleep also shows a higher rate of restless legs syndrome (RLS) in people with diabetes. The symptoms of RLS tend to appear after a diagnosis of diabetes is made. Help for a sleep problem can be found at more than 1,300 sleep disorders centers in the U.S. that are accredited by the American Academy of Sleep Medicine. You can find an accredited center near you.